This is a collaborative event organised by PoP Moves, an international research network for popular dance and performance, and Performing Arts Community Engagement at Kingston University, London.

It will take the form of a live discussion between invited popular Caribbean dance practitioners, researchers, producers and educators. Guests will share insights from their experience in the field and discuss pressing topics affecting Caribbean dance communities today. The event will be focused around a series of questions concerning the real-life impacts of the pandemic on the sector and Caribbean dance’s relationship to decolonial and anti-racist agendas.

The discussion will be open to the public to participate as listeners/viewers and take part in break-out room discussions around specific themes. In creating this space for exchange, the event aims to support network connectivity between the participants and the development of future relationships and collaborations.

Donna P. Hope, PhD is tenured, Full Professor of Culture, Gender and Society, Institute of Caribbean Studies (ICS), and former Deputy Dean of Graduate Studies and Research in the Faculty of Humanities and Education, University of the West Indies, Mona.  A former Director of the ICS, she was Program Chair of the inaugural Global Reggae Conference (2008), and organized and chaired three International Reggae Conferences, (2010, 2013, 2015). A renowned speaker and media commentator on popular culture, gender, culture, music and related areas, she has researched extensively, publishing hundreds of academic and popular articles, five academic books, and one autobiographical, motivational book.  She is finalizing a Vybz Kartel collection and a manuscript on dancehall’s dance industry (Dancehall’s Scattered Children). A Fulbright Scholar to the USA, Professor Hope was the 2017 Distinguished Alumna in Cultural Studies, College of Humanities and Social Sciences, at George Mason University. In 2018, she founded The Dancehall Archive and Research Initiative (www.dancehallarchive.org) which preserves, innovates and disseminates information about dancehall culture.

Kimiko Miller, also known as Kimiko Versatile, studied at the Edna Manley College of the Visual and Performing Arts where she received her diploma in Dance Theatre and Production and earned her Bachelor of Fine Arts in Choreography and Performance. Kimiko was a dance instructor at Dance Jamaica and is a former member of the L’acadco dance theatre company. She has worked with recording artistes such as Sean Paul, Jason Durelo, Diana King, Sean Kingston, HER, Buju Banton, Beenie Man, Vybz Kartel, Beres Hammond and Busy Signal. She is one of the choreographers for the Jamaican movie ‘KING OF THE DANCEHALL’, featuring Nick Cannon, Whoopi Goldburg and Busta Rhymes. Kimiko is a Jamaican Dance and Culture Ambassador whose unique dance style and “Cool Rebel Vibez” have won her many fans in Jamaica and worldwide. She has created popular dancehall moves such as watch di pumz, knock it up, cut and clear, and sexy plus tax. Since May 2014 Kimiko has travelled to numerous countries conducting authentic dancehall workshops, lectures, adjudicating competitions and performing. Kimiko is now operating her own dance studio in Kingston, Jamaica called ‘VERSATILE STUDIOZ’. She is also the Director of a professional and versatile female dance group out of Jamaica and Latin America called ‘VersatileOnes’. Kimiko recently appeared in the Netflix docuseries ‘Move’ which focuses on five choreographers from different countries, with Kimiko featuring as the dancer and choreographer from Jamaica.

Dr Yanique Hume is an interdisciplinary scholar, dancer, and choreographer, with 25 years of dance and performance experience specializing in areas that span across the religious and performance cultures of the African diaspora, Caribbean thought, popular culture, as well as migration and diasporic identities. Her research and fieldwork experience in the sacred arts and African diaspora performance practices are centered primarily in the Caribbean and Latin America. Dr. Hume is the co-editor of two volumes on Caribbean thought and popular culture and her latest book, Passages and Afterworlds: Anthropological Perspectives on Death in the Caribbean (2018) is part of her ongoing research on the aesthetic and performative dimensions of Afro-Atlantic mortuary customs, and in particular wake dances. Dr. Hume is the recipient of grants, such as the Ford Foundation and the Wenner Gren Foundation for Anthropological Research. She has recently completed artist scholar residencies at Duke University and UCLA in the US, and the Oo’Kot International Dance Festival in Mexico. As a professional dancer and choreographer, she has worked with the National Dance Theatre Company of Jamaica, L’Acadco A United Caribbean Dance Force, and Danza Caribe of Cuba.

Brittany Williams is an international dancer, choreographer, and organizer originally from Homestead, Florida. Brittany was a 2017 Dancing While Black Fellow and an Artist in Residence at the Restoration Plaza in Brooklyn New York. She is a 2016 Jacob’s Pillow Scholarship recipient for the Program, Dance & Improv Traditions; a principal dancer with Olujimi Dance; the founder of Dancing for Justice and Obika Dance Projects. Brittany has worked with Jaamil Olawale Kosoko, Yon Tande, Makeda Thomas, Chris Walker, Michelle Grant-Murray, Urban Bush Women, Forces of Nature and more. She is the co-founder of WoodShed Dance Online Platform, collaborator with Get dis War Dance Collective and Slippage at Duke University under the direction of Thomas Defrantz.

Dr Adanna Kai Jones (she/her) is an Associate Professor of Dance in the Theater and Dance Dept at Bowdoin College. She received her Ph.D. in Critical Dance Studies at the University of California, Riverside, and her BFA in Dance from Mason Gross School of the Arts—Rutgers University. She has performed in professional dance companies based in NYC and New Jersey, including the Julia Ritter Performance Group and Souloworks with Andrea E. Woods. With regards to her own creative pursuits, she has choreographed dance-theater pieces that were not only based on her research but were also used as tools for generating more research questions. And, as a scholar, her research generally focuses on Caribbean dance and identity politics within the Diaspora, paying particular focus to the rolling hip dance known as winin’.

Emily Labhart is an experienced Creative Producer, specialising in Dance of the African Diaspora and international collaboration. To date, Emily has worked for some of the UK’s leading dance organisations including Sadler’s Wells, Phoenix Dance Theatre and Greenwich Dance. Now based in the West Midlands, she works in a freelance capacity with a range of independent artists, cultural organisations and venues across the UK – working collaboratively to take great projects to the next level. Emily is the Founder and Director of Dancehall Origins, an international programme that celebrates and advocates for this key element of Jamaican culture. Her recent portfolio also includes working with independent dance artist Dickson Mbi and his renowned Popping Crew Fiya House, as well as producing cross-art festivals such as Birmingham Weekender in Digbeth. Alongside this, Emily is also the Creative Producer for MOVE IT, Festival Producer for Birmingham International Dance Festival and Producer for O’Driscoll Collective. 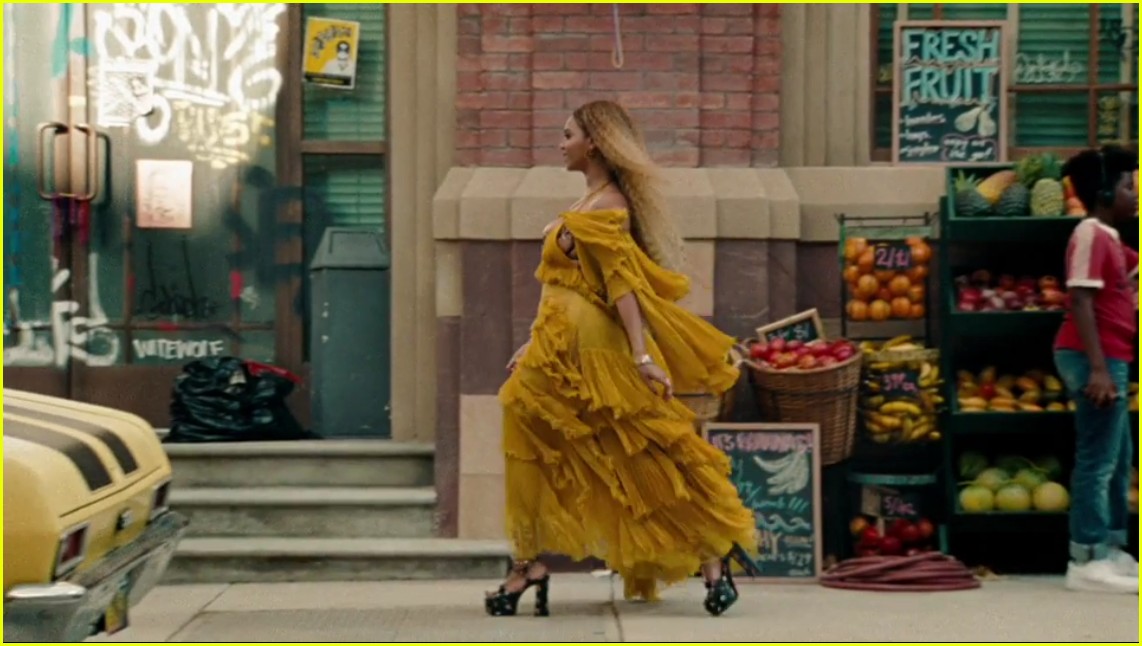 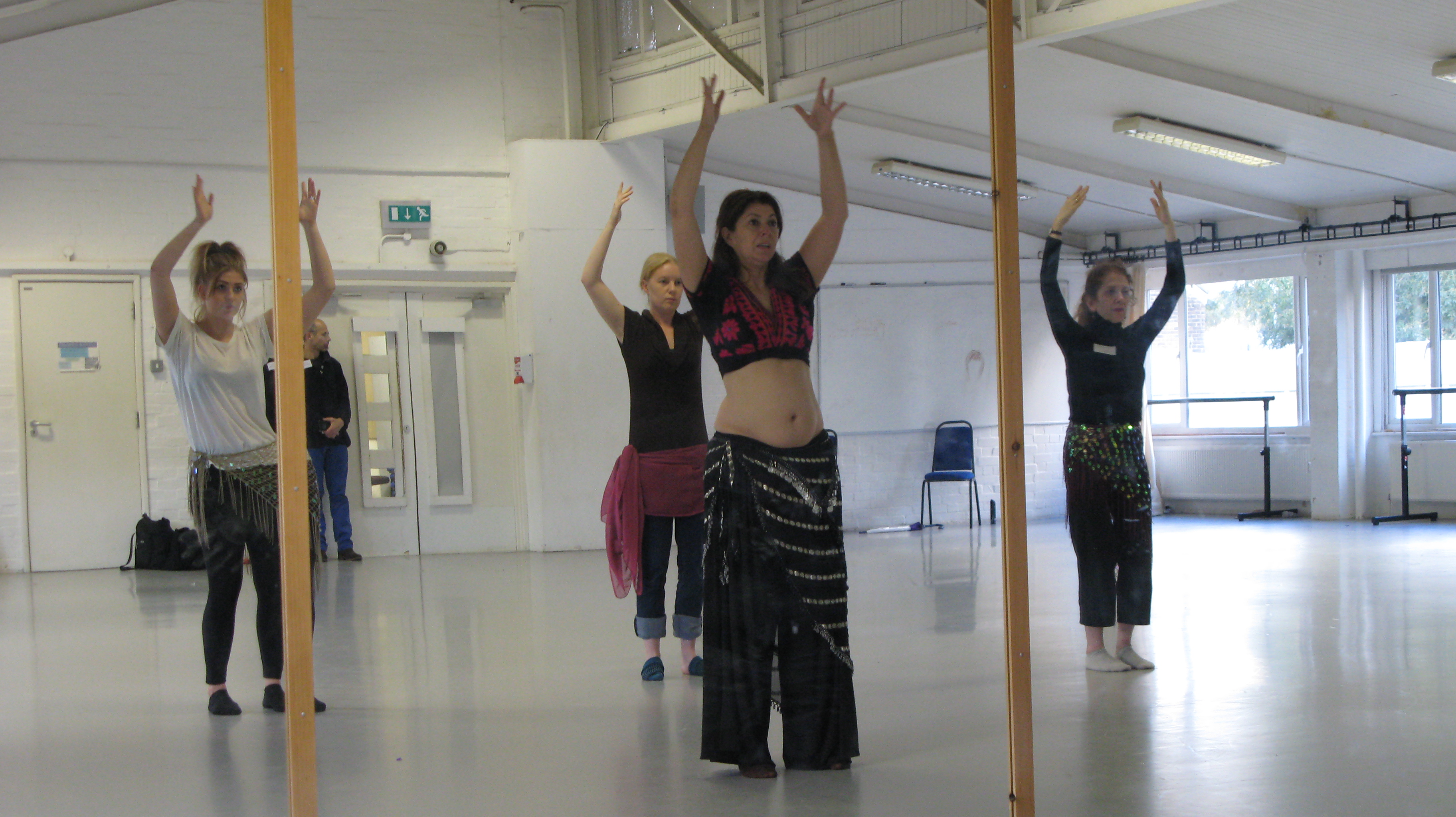 Annual Conference 2012 – Blast from the Past: Histories and Memories in Popular Performance

Dance Fields Roundtable 2017 – Possibilities in the Popular: Grooving into the future